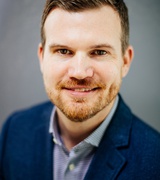 When he was born, Walt Wofford was brought home to a townhouse on Jackson’s Jefferson Street, just a stone’s throw from the Neighborhouse office and within walking distance of his current home. In fact, Woffords have been Belhavenites since shortly after World War II and Walt has had one foot in real estate business for as long as he can remember. His father, Walt Wofford, Sr., would let his son tag along as he looked for vacant houses to flip and the younger Walt would even help pass out real estate flyers as his contribution to the family business. “I always had a feeling that’s what I would end up doing,” he says.

After graduating from Ole Miss, Walt moved back to Jackson and dove headfirst into real estate by flipping houses and acquiring rental properties. At Neighborhouse, Walt heads brokerage activity and secondarily operates the management company. “This is a relationship business, any way you cut it,” he says. “I enjoy the house hunt the most. I love to find a diamond in the rough and make it happen for a family. That’s one of the best feelings.”

Walt and his wife Laura live in Belhaven with their three children, where they attend First Presbyterian Church. If he’s not on a house hunt, you may find Walt golfing, fishing or lending his expertise as part of the Belhaven Improvement Association Board and the board of The Oaks house.